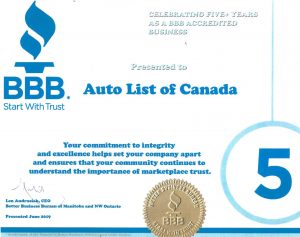 We are Celebrating Five+ Years as a BBB Accredited Business! 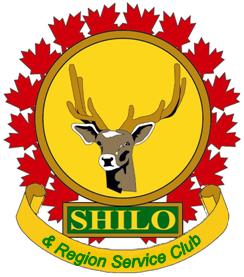 This year is our first year sponsoring the 34th annual Special Olympics Golf Tournament in Shilo, Manitoba! We recently attended on August 17th, and had a great time meeting the teams and talking with players! Our employees are involved in many ways within our community and this is just another we can add to that list.  Thanks for hosting Shilo Golf and Country Club, we will definitely be back next year!
Check out the great course at Shilo Golf and Country Club here. 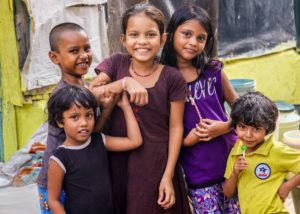 We are Proud to be A Sponsor and to Support Human Rights.

Learn more about the Canada Museum for Human Rights here.

We Celebrate Our 30th Anniversary with U! 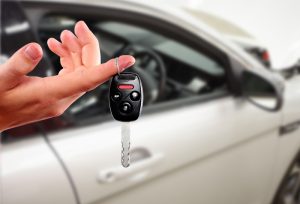 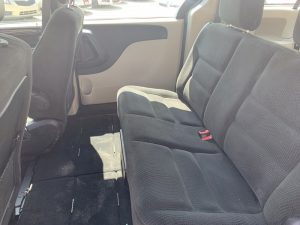 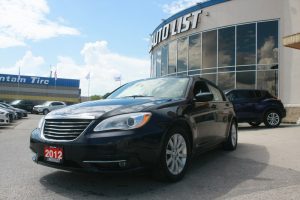 Community Story: We Believe Anyone Should be Served!

“Being young, I do have very new credit,” says McLachlan, 21, who works as a receptionist in Winnipeg. “When I first tried getting a loan through the credit union I had been with for 10 years, I was rejected.”

Despite her short history of credit, McLachlan was approved for a loan through RBC at a rate just below 5 per cent for three years. She purchased her Kia Rio in early March and makes biweekly payments which she says fit perfectly into her budget.

Driving the car in downtown Winnipeg, McLachlan has come to appreciate some other perks that she hadn’t initially given much thought to. “It’s small, it’s easy to park, and it’s fabulous on gas. It’s so affordable to fill up. I plan to keep this car for a while.”

Check out the full story at Winnipeg Sun here. 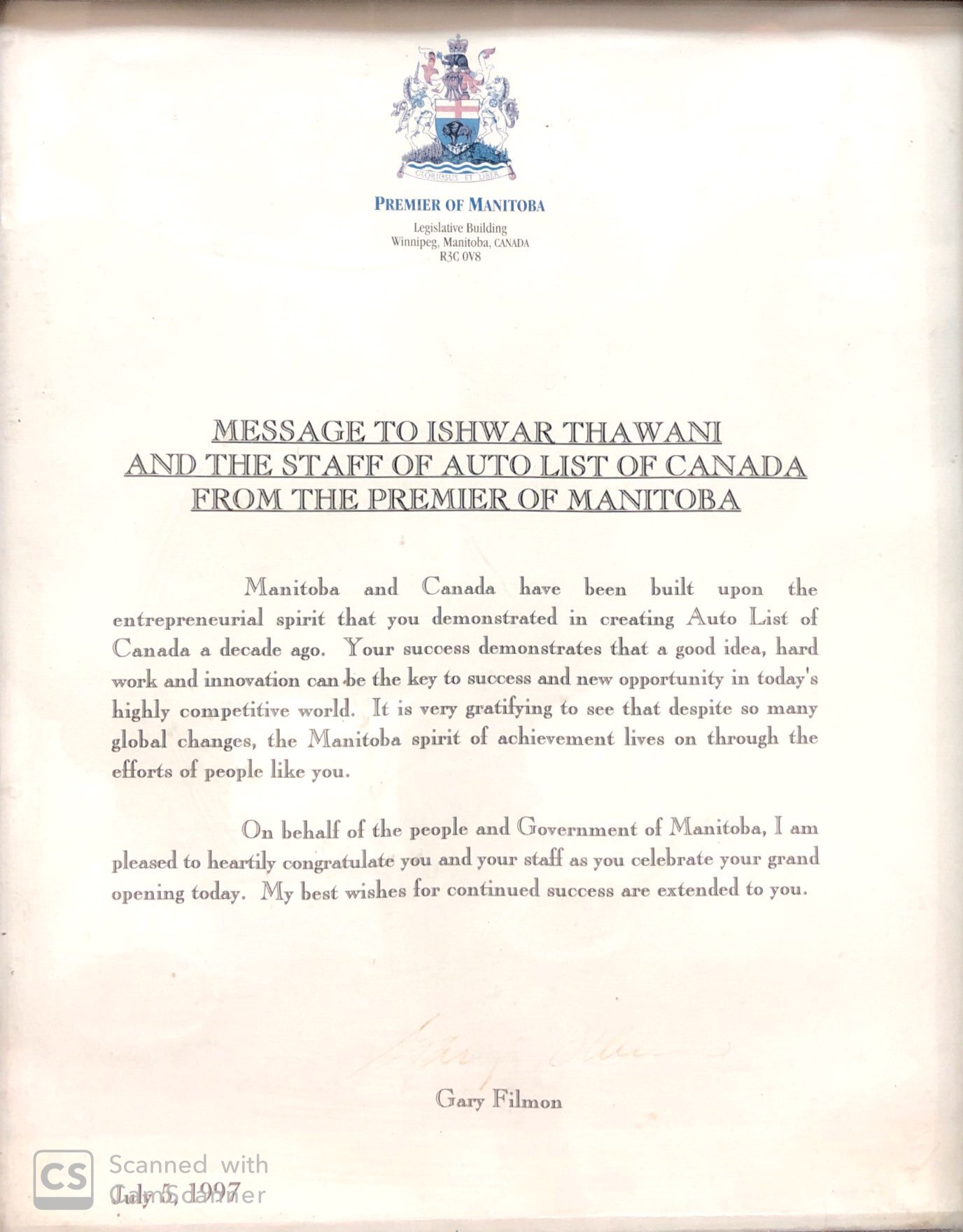 Manitoba and Canada have been built upon the entrepreneurial spirit that you demonstrated in creating Auto List of Canada a decade ago. Your success demonstrates that a good idea, hard work and innovation can be the key to success and new new opportunity in today’s highly competitive world. It is very gratifying to see that despite so many global changes, the Manitoba spirit of achievement lives on through the efforts of people like you.

On behalf of the people and Government of Manitoba, I am pleased to heartily congratulate you and your staff as you celebrate your grand opening today. My best wishes for continued success are extend to you. 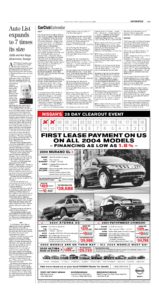 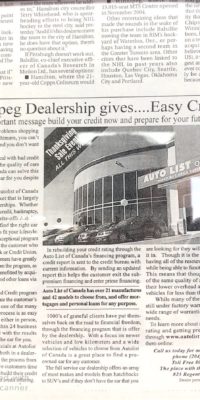 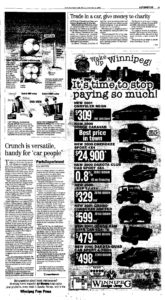 Archived News 2000 : Trade In A Car, Give Money To Charity 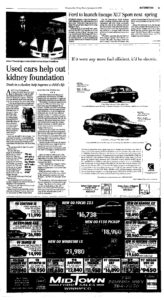 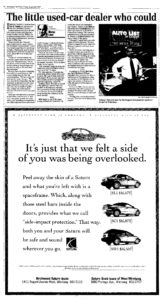 Archived News 1997 : The Little Used-Car Dealer Who Could 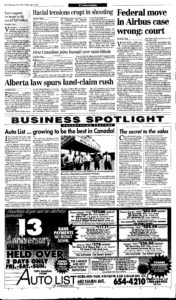 Archived News 1996 : Business Spotlight: Auto List… Growing To Be The Best In Canada! 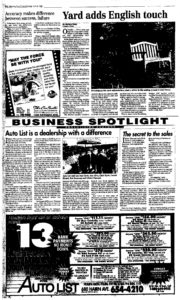 Archived News 1996 : Business Spotlight: Auto List Is A Dealership With A Difference 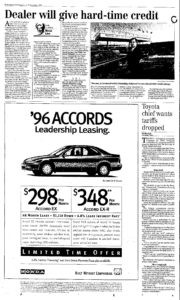 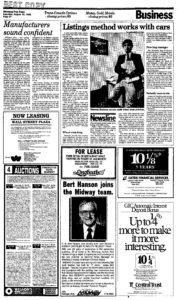